Books and Publications by Tero Karvinen

Tero Karvinen has published five books, including two #1 Amazon category best sellers. More than half a million copies have been sold in 14 languages.

The books are available in Chinese complex, Chinese simplified, English, Finnish, French, German, Italian, Korean, Polish, Portuguese, Romanian, Russian, Thai and Turkish. One of the books is the first Arduino book in Finnish. The books have been co-authored with Kimmo Karvinen and one with Ville Valtokari.

My books are available on Amazon in English. 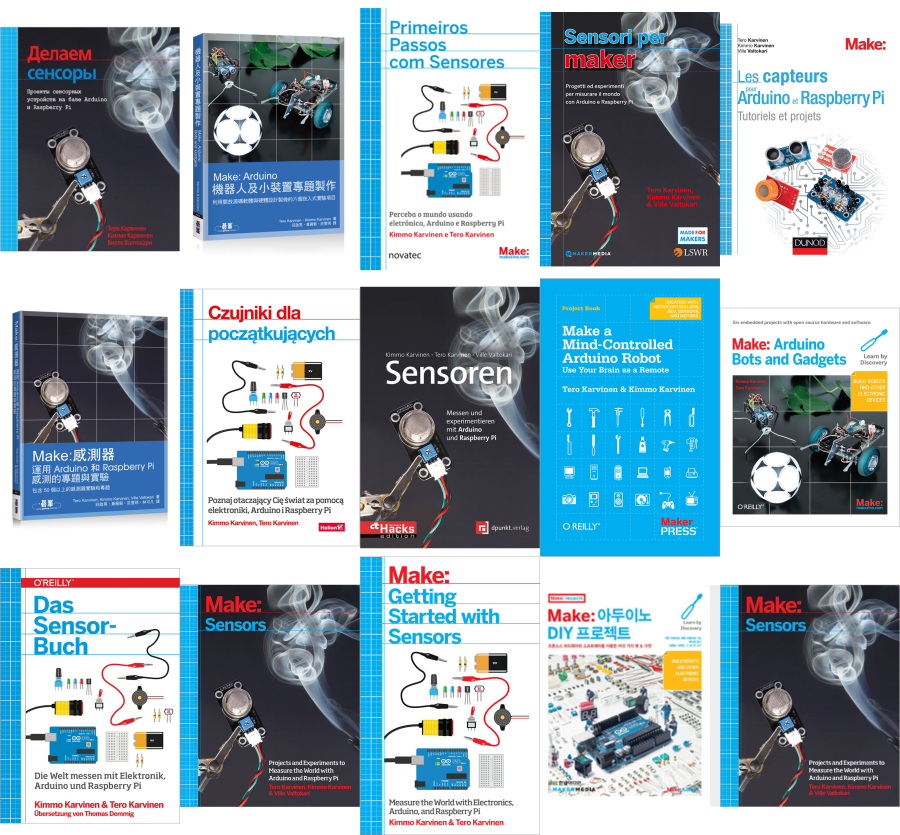 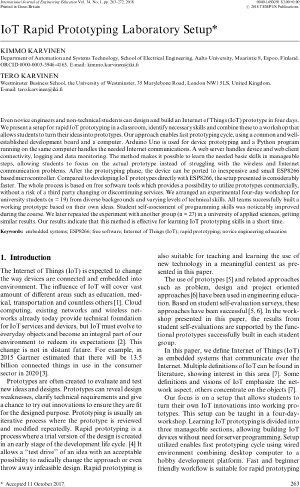 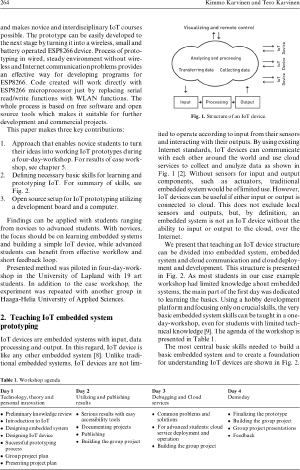 Even novice engineers and non-technical students can design and build an Internet of Things (IoT) prototype in four days. We present a setup for rapid IoT prototyping in a classroom, identify necessary skills and combine these to a workshop that allows students to turn their ideas into prototypes. Arduino Uno is used for device prototyping and a Python program running on the same computer handles the needed Internet communications. A web server handles device and web client connectivity, logging and data monitoring. After the prototyping phase, the device can be ported to inexpensive and small ESP8266 based microcontroller. Our results indicate that this method is effective for learning IoT prototyping skills in a short time. 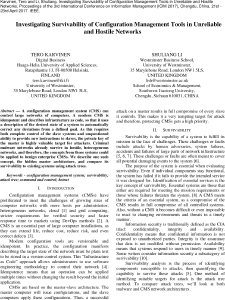 I was also an invited speaker and a member of technical committee in IEEE ICIM2017, Chengdu. 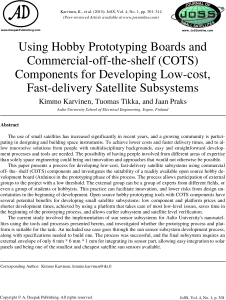 I developed a sun sensor for Finland's first own satellite, working as a part of the team. This article is not co-authored by me, but it's about this project. Our sensor was used in two satellites, Aalto 1 and Aalto 2 (mission video). It has also been investigated for use in Georgia Tech PROX-1 spacecraft.

There are quite a few references to my work, mostly to my popular books. Google Scholar search for "Tero Karvinen".